After a long busy day healing the world, the sun dives into the western hollow, leaving behind a golden curve for the night photographers,
In a cheerful way a blanket of darkness engulfs the face of land, stretching wide to the four infinite corners of planet earth,
The fight to get home after a long tiresome day in the crooked streets culminates, you can feel the struggle,
Inside bullet-proof armoured vehicles, highly guarded by mascular men, the rich are escorted to their hiding places,

Powerful lights are switched on to allow a clear vision for the security cameras hanging outside the bungalow,
Up in the watch tower, two men in uniform have their ears wide open, with radio calls to alert their colleagues when danger pops up,
The main gate is manned by three tall men with powerful fire arms, just to make sure the mogul gets a soft sleep,
Outside the walls of the “heaven on earth“, trained police dogs are sniffing around, the king will never debate on his own safety, not at all! 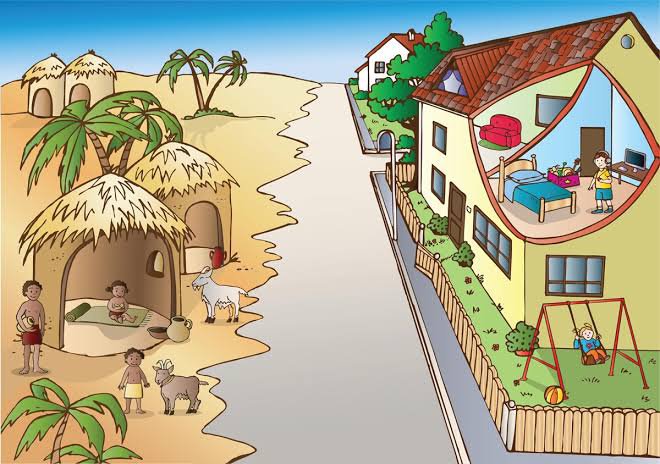 As the king enjoys the luxury of good food, with several fine girls around his master bedroom, sipping expensive wine to shame poverty,
His immediate neighbour who has a small family of two kids and a lovely wife has just arrived home, carrying a small piece of meat,
His wife is delighted, he storms into their grass-thatched kitchen and prepares a sumptuous meal for the family,
They kneel down to say a word of prayer, calling for protection from above, they sleep like toddlers,

When the sun rises the following day, the poor man is shocked by demise of his neighbour, the news go viral in all tv stations,
All media houses competing on who to portray the best headline for the deceased, “The World Mourns A Legend”
His precious home becomes a crime scene, everyone around becomes a suspect, the party girls are scrutinized thoroughly,
A post mortem is carried out on the body, under heavy security, the doctor’s report proves a heart failure! Money can’t buy Life.